Photo: Eddie Sauter in Hollywood preparing to conduct one of his scores for television's NightGallery in the 1970s.

Eddie Sauter contributed arrangements and compositions to some of the most significant groups in big band history—including the Sauter-Finegan Orchestra. With a career that spanned nearly four decades, he scored music for big bands, Broadway, television, and movies.

Clicking on each of these record covers will link to a specific period in Eddie Sauter's prolific career. 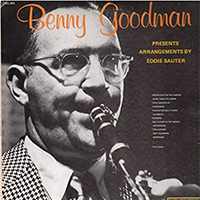 Sauter's unique style can be heard in the biggest bands of the big band era – from Red Norvo to Ray McKinley, Artie Shaw to Benny Goodman. MORE...

Ed Sauter and Bill Finegan were aware of each other's work. This eventually led to their collaboration.
Cover design: Jim Flora MORE... 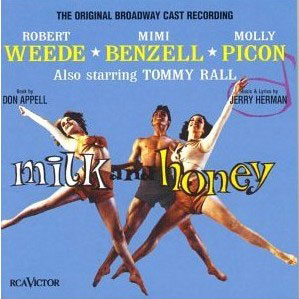 Milk and Honey's three-year run on Broadway kicked off a career for Sauter as a Broadway orchestrator. He went on to orchestrate nine other Broadway musicals. MORE... 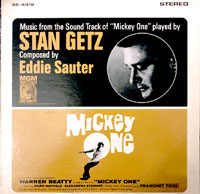 MUSIC FOR THE MOVIES 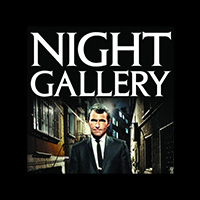 Compared to the constraints of Broadway, Sauter enjoyed the freedom he was afforded composing for television. MORE... 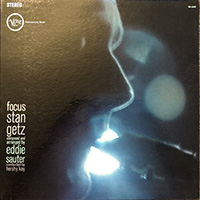 Based on the research of Alex Chilowicz and the recollections of Sauter's son Gregory, Eddie Sauter, Composer & Arranger includes photos, music analysis, and links to audio files to tell the story of Sauter's career which spanned the height of big band jazz to his subsequent work as composer and arranger for TV, movies, and Broadway.